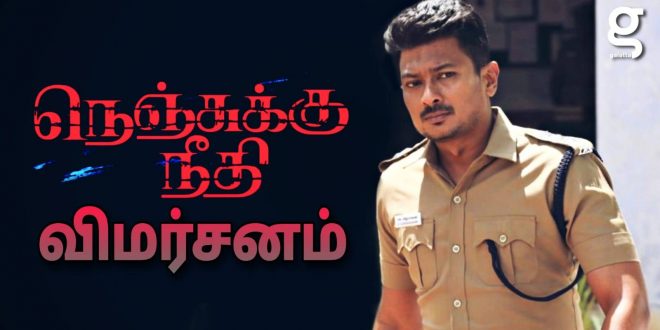 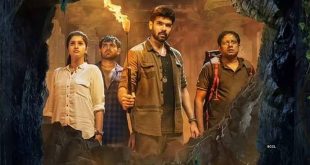 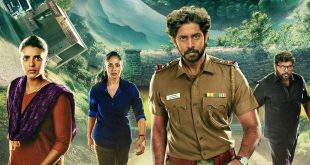 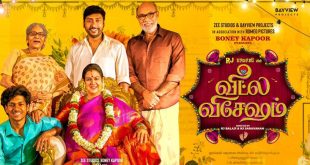 Review: ‘Nenjuku Needhi’ Is a Solid Remake of Ayushmann-Starrer ‘Article 15’

(Trigger warning: The film deals with themes of caste-based violence and sexual assault)

Just like Anubhav Sinha’s Article 15 that was based on the Badaun gang rape and caste violence, Nenjuku Needhi is placed at a location that is politically relevant to Tamil Nadu, Pollachi. It was once famous for its scenic beauty but is now notorious for the 2019 sexual assault case of numerous women that shook the country. The film also touches upon the 2018 incident at Tiruppur where a Dalit cook was harassed by dominant caste men.

While Anubhav Sinha’s story resonates with everyone across India, Tamil director Arunraja Kamaraja has made a commendable effort to localise it to a state like Tamil Nadu.

Nenjuku Needhi presents important takes on Hindi imposition, reservation and caste-based violence. It references Anitha, the girl who became the symbol of NEET opposition in TN, and caged statues of revolutionary leaders like Periyar and BR Ambedkar who fought for social justice.

Unlike most of the North, people in Tamil Nadu hardly have caste markers in their names. However, the state hasn’t relinquished its casteist mentality completely. The situation only fuels the curiosity for some to decode one’s caste based on a series of casual yet targeted questions like “Neenga enna alunga?” (What group do you belong to?)

Nenjuku Needhi perfectly captures that local reality and aims to create a discussion on this crude mentality.

The film also delves deeper into the caste-based discrimination that Dalits face at the workplace and why they are forced to choose manual scavenging jobs as the only resort. It also registers the harsh scenario of how abusers use their caste privilege and go to brutal lengths to mask their heinous crimes of gang rape and murder to frame it as honor killing and blame the very family for the victims’ deaths.

While Nenjuku Needhi sensibly represents the reason for why a Dalit person’s defense mechanism cannot be equated to the violence they were inflicted with, the film scores when it aims to restore faith in the legal system.

The dialogues by Tamizharasan Pachamuthu are the building blocks that set the foundation strong for the film. They were par excellence in translating the pain of the oppressed community and delivering the hard hitting message to the oppressing community. There are elements of humor peppered throughout the film without diluting the severity of the issue at stake.

Udhayanidhi Stalin aces in carrying a composed demeanor while not failing to express anger at the right places. Special mention to Bigg Boss Tamil fame Suresh Chakravarthy who infuriates the audience with his realistic acting as an annoying character in the film.

Notable performances of other supporting characters include Aari Arjunan, Shivani Rajashekar, Ilavarasu, and Mayilsamy. Background score and music by Dhibu Ninan Thomas plays a crucial role especially in ably aiding the elevation of emotional high points in the film.

While the film engages you with brilliant narration, it lets you detour at times with a slight lag. There are few scenes that look staged and inorganic, especially an encounter sequence that was not quite convincing.

However the biggest strength of Nenjuku Needhi is the way it deals with the unjust death of the Dalit girls, not merely as melodrama but rather diving deep into the caste angle, as a well-intentioned and well-executed socio political drama.

Review: ‘Nenjuku Needhi’ Is a Solid Remake of Ayushmann-Starrer ‘Article 15’ 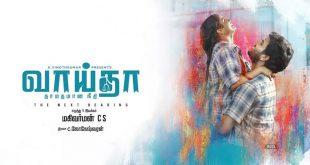 Vaaitha directed by Mahivarman seems an overlong bore. The film cannot decide if it wants …