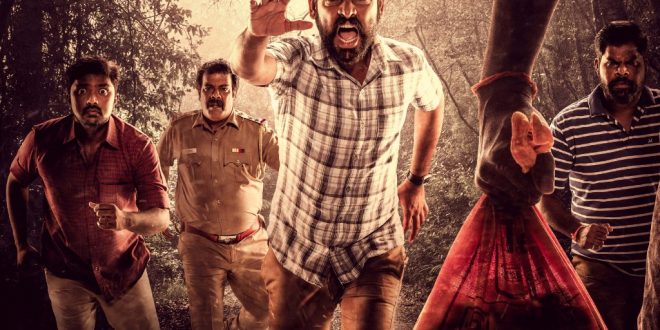 Having delivered back-to-back hits and successful movies at regular intervals, ZEE5 is unveiling its Tamil original series titled ‘VILANGU’ featuring Vemal in the lead role. The 7-episode web series premiering on February 18, 2022, is directed by Prashanth Pandiyaraj, and is produced by Escape Artists Madan. A special screening of this web series for Kollywood celebrities was recently hosted in the city, who were amazed by the brilliant work of the entire team. Presently, Vilangu features on the Top Ten of IMDB’s Most Anticipated New Indian Movies and Shows.

Film Critic-Actor Prashanth said, “First and foremost, I would like to appreciate filmmaker Prashanth Pandiyaraj, who has made a promising comeback. I would ennoble Vilangu as a movie rather than a web series. Be it the narrative brilliance, top-notch technical department, and other stellar performances of the actors, VILANGU excels in every aspect, thereby offering a wholesome movie-like experience to the audiences. Besides, the story belongs to a serious and complex murder mystery kind of genre, but the way, the writing incorporates humour elements into it deserves special mention. I am sure that audiences will have lots of thrilling moments and fun experiences with this web series. This is going to surpass the expectations of ZEE5 itself, and I am glad to see the entire crew including Vemal, Prashanth, and producer Madan sir making a commendable comeback.”

Actor Satish said, “So far, we have all enjoyed the web series from English and other regional languages, but this is the first-ever Tamil web series to offer a wholesome experience. What appealed to me strongly was the director’s potential of involving humour in this edge-of-seat murder mystery thriller. There are many moments, where the laughter couldn’t be controlled, and every single audience will accept this statement after watching it. I was sad after watching Vimal’s statement at the press meet, where he thanked ZEE5 for giving an opportunity to a team of failures, but now they have bounced back and proved an abundant success with VILANGU. I congratulate producer Madan sir, who offered a breakthrough in my acting career. Be it Thriller and Comedy elements or the making style and wonderful music by Ajeesh, everything is perfectly presented. This isn’t a stereotypical statement, but something from the heart, and the audience will appreciate this series with the same words after watching it.”

Actor Aditya Kathir said, “Usually murder mysteries will involve audiences in ultimate tension on what’s next. In contrast, director Prashanth Pandiyaraj has incorporated humour elements that keep enchanting us from the beginning to the end. Everyone in the team has done laudable work, and there are lots of surprise elements in this web series Vilangu, which will impress the audiences without fail.”

Actor Dileeban said, “ZEE5 Original Vilangu is definitely a big surprise to Thriller fans. It’s tremendous work by the entire crew, and I am sure that audiences are going to have a super-engrossing experience, watching this series.”

The 7-episode web series, an investigative drama belongs to the crime genre featuring Vemal as the protagonist named Paridhi, a sub-inspector in Vembur Police Station, Trichy. The others in the cast include Iniya, Munishkanth, Bala Saravanan, RNR Manohar, Reshma, and a few more prominent actors.

Vilangu, A ZEE5 Tamil Original is directed by Prashanth Pandiyaraj and is produced by Madan of Escape Artists. Ajeesh is composing music, and Ganesh is handling the editing. ZEE5 Original Series “VILANGU” will be premiering from February 18, 2022, onwards.