Shang-Chi and the Legend of the Ten Rings review

Publisher September 1, 2021 Open Review Comments Off on Shang-Chi and the Legend of the Ten Rings review 171 Views

Shang-Chi and the Legend of the Ten Rings

Shang-Chi and the Legend of the Ten Rings Director: Destin Daniel Cretton

Shang-Chi and the Legend of the Ten Rings Stars: 3.5/5

The Marvel Cinematic Universe introduces the fighting machine Shang-Chi, played by Simu Liu, as he takes on his villainous father Wenwu aka The Mandarin, played by the legendary Tony Leung

Shang-Chi and the Legend of the Ten Rings is not the first superhero film to tackle family discord but few have managed it with such style.

For centuries, Wenwu ( Tony Leung ) has been known by many names – including The Mandarin – but with wielded the all-powerful Ten Rings he has conquered endless lands and criminal organisations.

However, his life changed when he met the unpredictable Ying Li (a luminous Fala Chen ) and soon they had a son named Shang-Chi (played as an adult by Simu Liu) and daughter Xialing (played by Meng’er Zhang as an adult).

As the years go by, times change and both of Wenwu’s children go on their own paths away from their father – until now.

Living his life as a hotel valet in San Francisco with his best friend Katy Chen (Awkwafina), Shang-Chi finds his old life and training as a killer assassin forced to the surface as he and Katy face grave danger.

Directed with heart, humors and personality by Short Term 12 director Destin Daniel Cretton, Shang-Chi and the Legend of the Ten Rings is Marvel’s best solo film in years.

Paying homage to martial arts classics and culture throughout, without losing strong comedy from Liu and Awkwafina along with the colourful trappings of the Marvel Comics.

The fight sequences are suitably vigorous and immersive, whilst also on occasion being so beautifully choreographed to resemble a romantic dance of warriors akin to Ang Lee’s Crouching Tiger, Hidden Dragon.

Another big part of the film’s success is down to Simu Liu’s charisma and comic timing as Shang-Chi who carries a tormented and morally grey past that the film balances very well, especially in the complicated relationship with Xialing who has terrific potential in the MCU.

Meanwhile, Awkwafina is also a true asset to the film, bringing her incredibly natural and likeable humour but armed with intelligence and the emotional maturity so well displayed in Lulu Wang’s The Farewell.

Elsewhere, the masterful Tony Leung excels as the tortured villain Wenwu who has very clear motivations and complicated character connections of his own, providing the best villain in the franchise since Black Panther’s Killmonger with a chilly, haunted but menacing performance.

There are other well-judged supporting turns too from some short appearances from Benedict Wong reprising his role as MCU sorcerer Wong and the iconic Michelle Yeoh as the majestic and mystical Ying Nan.

Pivotally, the rich mythology and focus on Eastern values are sure pluses, and while some sequences get too bogged down in lengthy exposition, this is a Marvel film after all.

With the international scope of a James Bond film, a charismatic lead and a tender balance of cinematic homage and genre requirements, Shang-Chi announces another ground-breaking figure to the Marvel universe.

Shang-Chi and the Legend of the Ten Rings is a visually impressive, mythologically rich and heartfelt origin story that boasts laughs, grief and romance along with a great double-act from Simu Liu and Awkwafina. 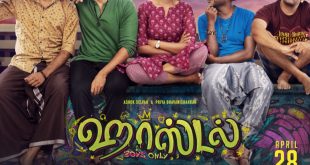