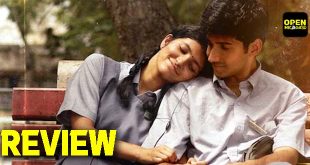 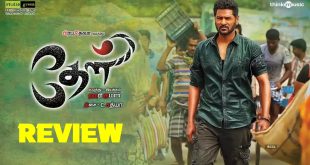 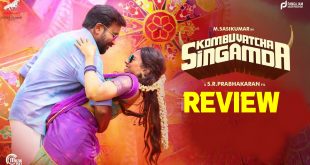 After acting in critically acclaimed and commercially successful movies 8 Thottakkal and Jiivi, actor Vetri is back on screens this time in Care of Kaadhal, the official remake of acclaimed Telugu hit Care of Kancharapalem. With the promos giving the feel of a breezy romantic entertainer, let’s see what Care of Kaadhal has in store.

Set in Madurai, Care of Kaadhal begins with 49 year old bachelor peon Palani (Deepan) who is trolled for being unmarried, and his connect with his widowed superior officer Radha (Sonia Giri) turns into love. On the other end, there’s the school boy Velu (Nishesh), who develops liking for his classmate Sunita (Shwetha). Joseph (Karthik Rathnam), a henchman falls in love with a brahmin girl Bharghavi (Ayra), and liquor shop worker Dhaadi (Vetri) falls in love with sex worker Saleema (Mumtaz Sorcar). What happened to these love stories, and whose love succeeded is what Care of Kaadhal is all about.

Vetri of Jiivi and 8 Thottakkal who had received brickbats for his dull performances in the movies, has grown leaps and bounds and has given an expressive, engaging act in the film and is the best of all. Mudhal Mariyadhai fame Deepan gives a memorable performance with multiple emotions, expressing love, humor and longing beautifully. The female leads Ayra, Shwetha, and Mumtaz Sorcar have given natural performances within the limited scope they get, and Sonia Giri as the woman who finds love at an unexpected phase of her life, complements Deepan’s performance well.

Sweekar Agasthi’s background score is melting, and his songs gel well with the proceedings. Cinematography by Gunasekharan captures the rustic milieu in a natural way. Taut editing by Sreekar Prasad makes the movie engaging.

Debutant director Hemambar Jasti has opted to remake a movie that was termed a cult classic by audience all over the world, and facing the tough challenge of recreating the movie, the maker has almost achieved what he had intended to. Hemambar Jasti has made an almost frame-by-frame remake, with even dialogues by Neelan mostly being the ones in the original. While Kancharapalem was itself a character in the original, setting up the mood for the audience, here, the movie set in Madurai gives a sense of deja vu, especially with the lead artists who couldn’t match the original, albeit giving fine performances. Hemambar Jasti has been ably supported by the technical team – quality music from Sweekar Agasthi, and top notch visuals from Gunasekhar that make Care of Kaadhal appealing visually. All said, despite flaws, Care of Kaadhal works as a breezy flick as it has its heart in place and makes the much needed emotional impact as Hemambar laces his screenplay with the love, the humour and social commentary from the original quite interestingly. 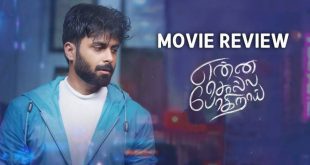